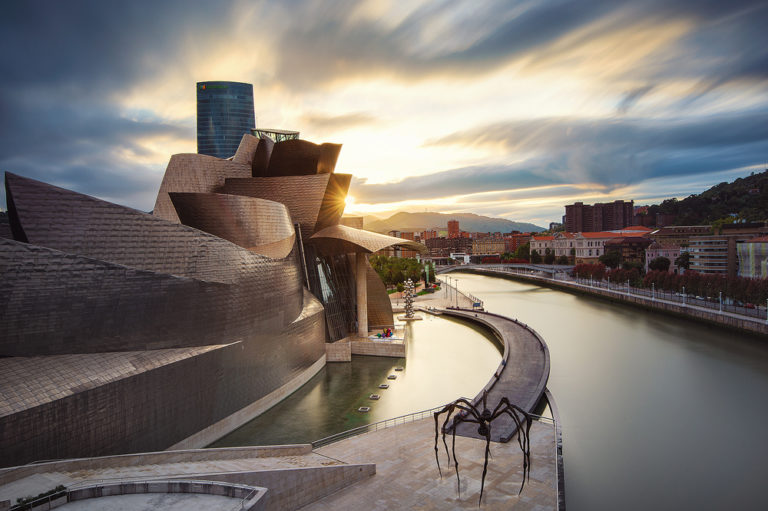 We are back from a great trip in the Northern part of Spain. There were 2 very intense weeks, with a lot of time spent in the trains and buses, with very good weather ( a bit too warm for this time of year) and with surprisingly few other photographers on the way. Our journey started in Bilbao, continued on the Basque coast in Sopellana and Bakio. On the way to Asturias we spent one night in Santander and then we explored the Asturian coast in Naves, Novellana, Villademoros and Luarca. 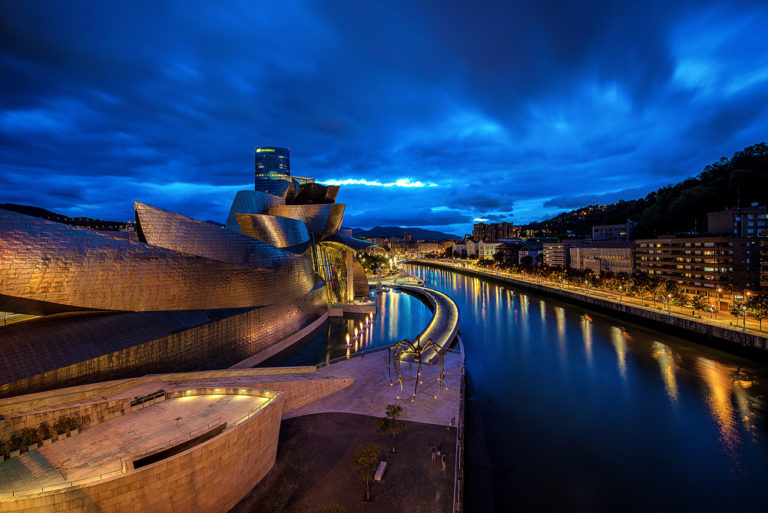 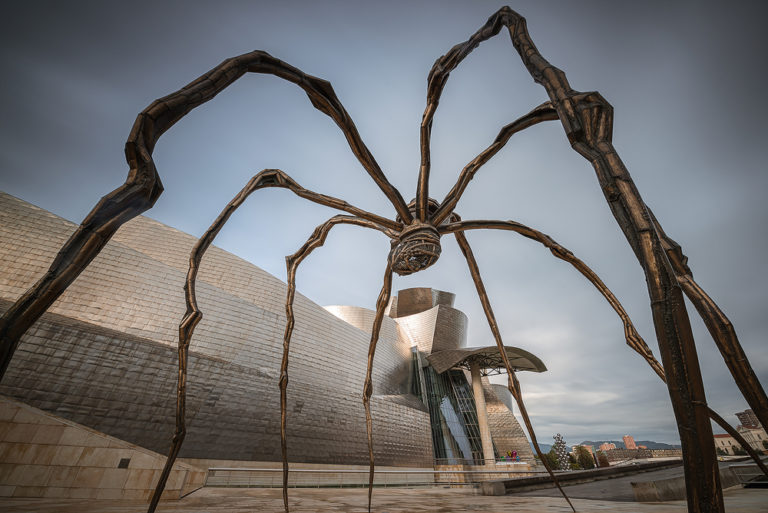 A few thoughts, while still fresh: the north of Spain is an area of exquisite beauty, where nature can be admired at its best. A blend of stunning beaches, tremendous shapes carved by the water during thousands of years, this area is an excellent location for an avid landscape photographer. On the other side, it is an area where non-spanish speaking travelers have difficulties communicating with locals and where infrastructure is really basic. It was not an extensive exploration by any means, we barely scratched the surface and found the taste of a piece of nature waiting to be discovered and photographed more. And we promised to return in the near future, a bit more prepared, with some lessons learned but still opened to discover new things. 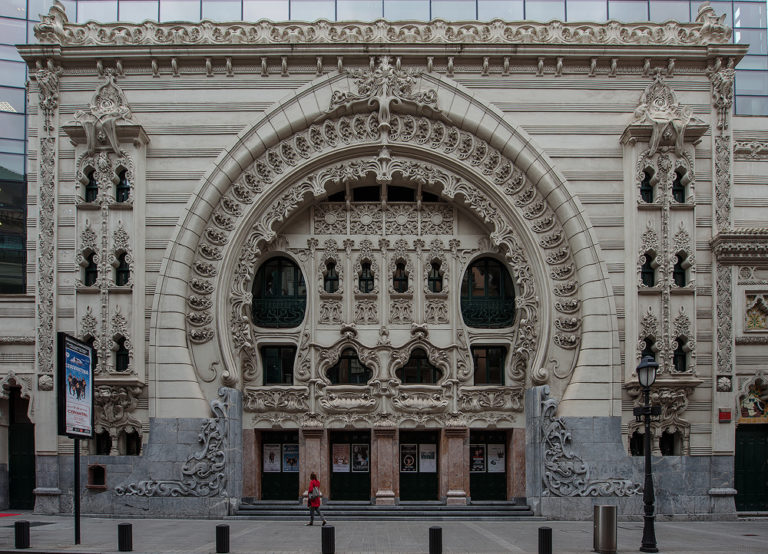 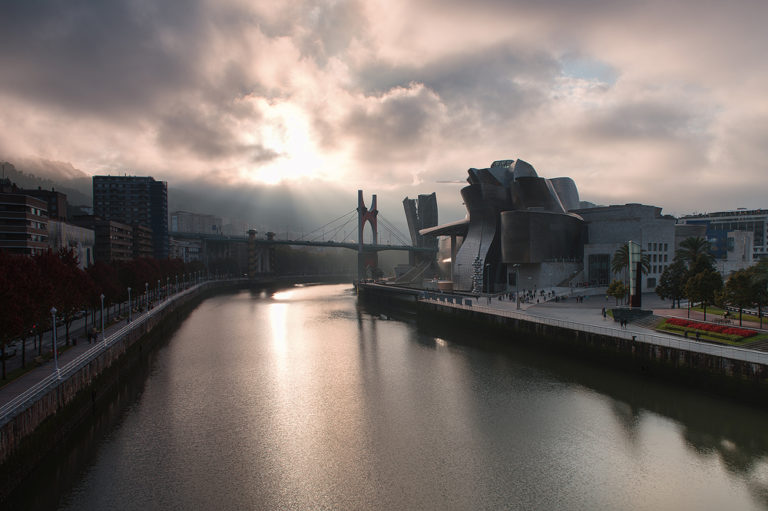 Bilbao is the capital of Basque country, a region inhabited by proud people that value their unique heritage and their language, probably the oldest in Europe. A city that has been gentrified by the construction of the Guggenheim museum, an amazing piece of architecture by Frank Gehry. After years of conflicts, and separatist violence, Bilbao is now a lovely and perfectly safe city. It is suitable for both the lazy tourist that can enjoy the culture and a glass of wine with some tasty pintxos, but also for the photographer that can wake up early or stay late, to photograph Guggenheim in various light condition during the day. Our photography has been focused around Guggenheim. We framed it from Deustuko bridge and from Salbeko bridge, from the opposite shore or from right in front of it. The building has so many facets and angles that you can always get something new. 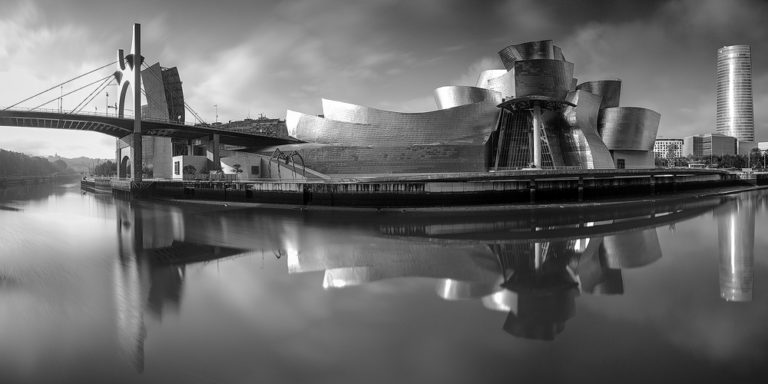 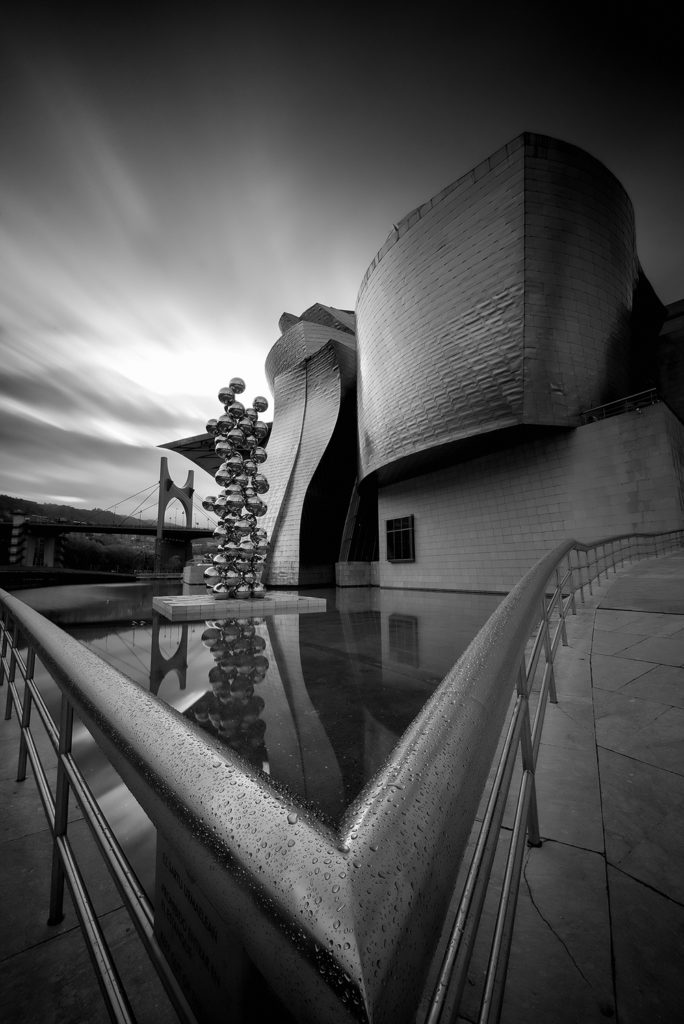 After Bilbao, we traveled on the coast, spending nights in 2 different locations: Sopellana, few kilometers away from the famous Barrika beach and Bakio, closed to San Juan de Gaztelugatxe, a beautiful hermitage on top of an islet, dedicated to John the Baptist. 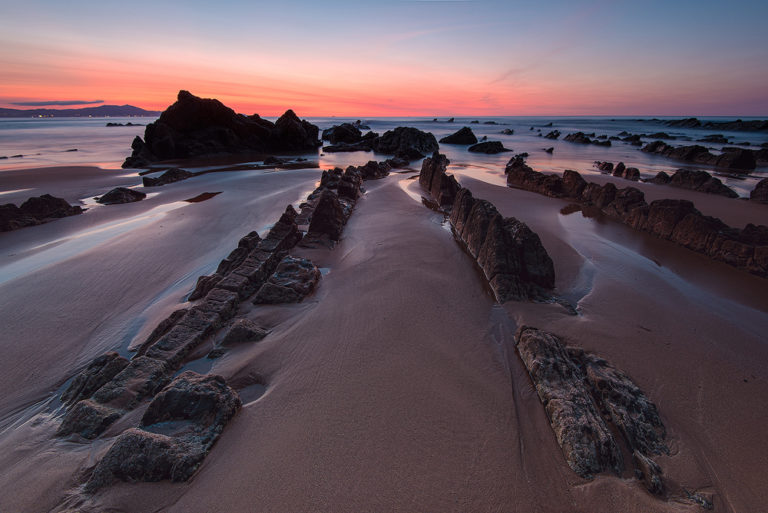 Barrika beach was very surprising. We knew the location from quite some times, with the rock formation that resembles the tails of a dragon, going deep into the water. We had some expectations based on the images that we saw before. We arrived in the afternoon, around 17:30, ready to do on site scouting and prepare the sunset shots. But the tide was high and almost nothing was visible. After some waiting time, few rocks were popping their tops out of water between waves. After 19:30, some shapes began being visible and few other people arrived to photograph the beach. We accessed  it and tried to find some spots, but again, the very numerous rocky lines that we saw in other pictures were simply not there. Few lines, few meters apart, with some sand between them were visible instead. So we tried to do our best to adapt to the conditions and we photograph a not so impressive sunset. We got some nice images, but we are still wondering why it looks so much different than what we saw before. Probably a storm brought a lot of sand that covered the dragons and their tails, that would be our guess. 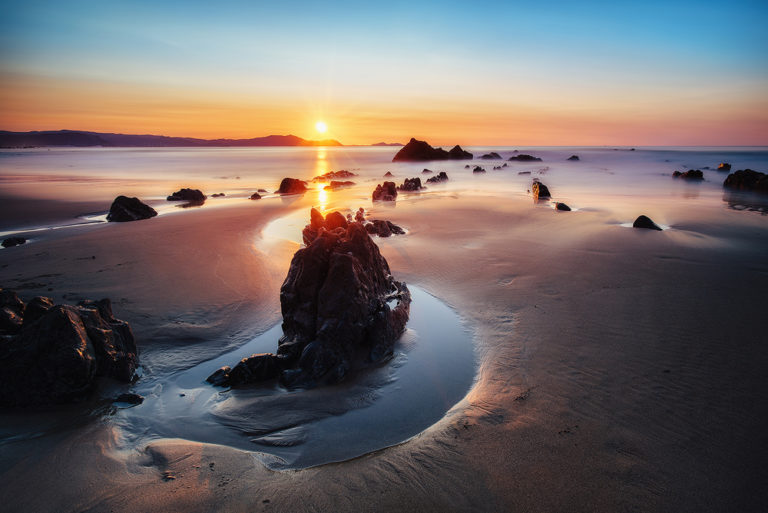 San Juan de Gaztelugatxe is another very impressive seeing. A hermitage placed on the top of a hill, on a small islet, connected by the mainland by a home made bridge and quite abrupt stairs. It dates back to 9th century and was dedicated to John the Baptist in the 10th century. The word gaztelugatxe  comes from the Basque;gaztelu = “castle”, “fort” and gaitz = “difficult”, “tremendous”, making it a rocky, difficult to access castle. Th islete was heavily involved in various confrontations in the history, due to its strategic location: a fight between Lord of Biscay, Juan Núñez III de Lara and Alfonso XI, King of Castile in 14th century; later on it was attacked and sacked by Huguenots and by English troops. 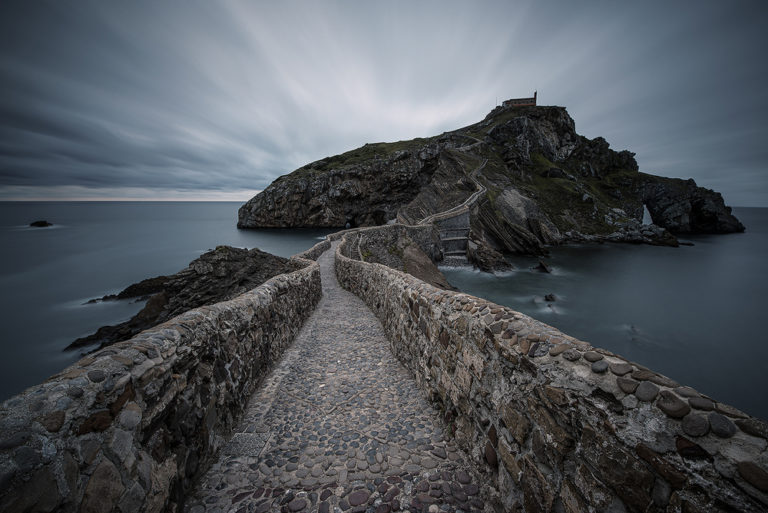 There are 2 ways to access San Juan de Gaztelugatxe. A shorter and more steep way on the left (stairs are present most of the time) and a road through the forest, much longer on the right. Photography wise, the islet offers a few composition choices. We photographed it 2 evenings, but the light conditions were not so good. Also we had an incident with a less than polite photographer who set his shot 30 meters in front of everybody else and left his tripod raised after he finished his shot. Coming back to the hotel in the evening required quite a lot of walking, about 5km each evening, as the buss (which, outside the summer season, is actually a taxi that operates on behalf of the municipality) is way past its schedule.  The hotel choices were also very limited. We stayed in Bakio in a not so pleasant hotel, where we shared the room with some giant spiders and probably an army of wood beetles that left a maze of tunnels in the furniture and wooden floor. 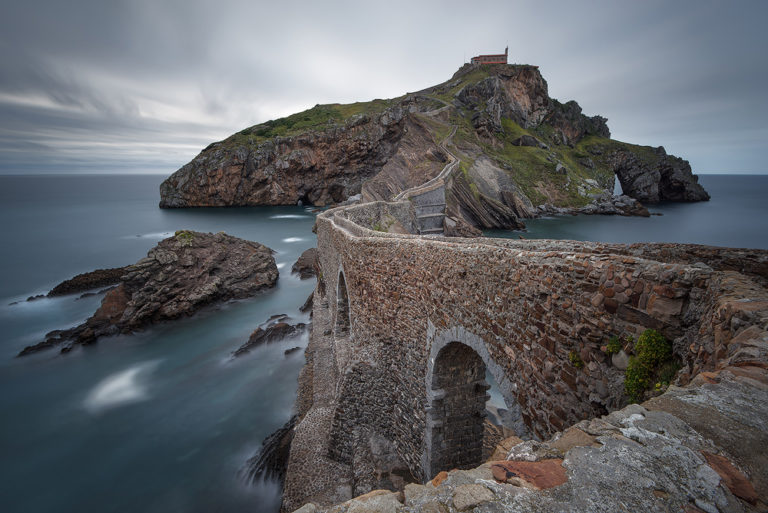 Santander was the next stop of our trip. Unfortunately we just spent the night there, in our way from Basque country and Asturias. We had a great dinner in a pintchos restaurant, meeting some old college friends. The city itself seems to very cozy with its long beach to Cantabrian sea and tones of restaurants and bars. We are thinking to spend another holiday in north of Spain and include Santander and maybe other coastline locations on our list.
architecture architecture photography Basque country Bilbao Gaztelugatxe long exposure North of Spain Spain travel photography