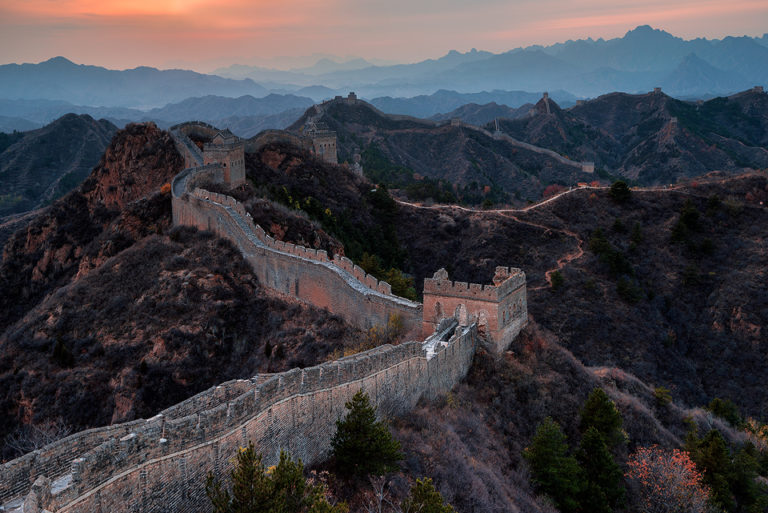 The Great Wall of China is one of the most impressive defensive architecture in the world.

A bit of History:

The Great Wall of China is one of the modern wonders of the world. It consists of a series of fortifications made of stone, brick, tamped earth, wood, and other materials. It is built along the east-to-west line across the northern borders of China, from Dandong in the east, to Lop Lake in the west, roughly along the southern border of Inner Mongolia region. The main purpose was to protect the empire against the raids and invasions of the mongols and other nomadic groups that inhabited the Eurasian Steppe.
The construction started as early as the 7th century BC with few walls. Later, the isolated pieces are linked together, making it stronger into what now we know and call the Great Wall. Important enhancement of the wall happened during the first Emperor of China, Qin Shi Huang, but little of his construction work is still visible. The wall have been enhanced, rebuilt and fortified in various stages; what we can see now dates mostly from Ming Dinasty (1368–1644).
The archaeologists did a lot of research, running to the conclusion that the main wall measured 8,850 km during the Ming dynasty and extending to 21,196 km when summing up all its branches. Other usages for the Great Wall:  a mean of transportation along the wall corridor and a way to control the trade by imposing taxes along the Silk Road. It also restricted emigration in and out of China. 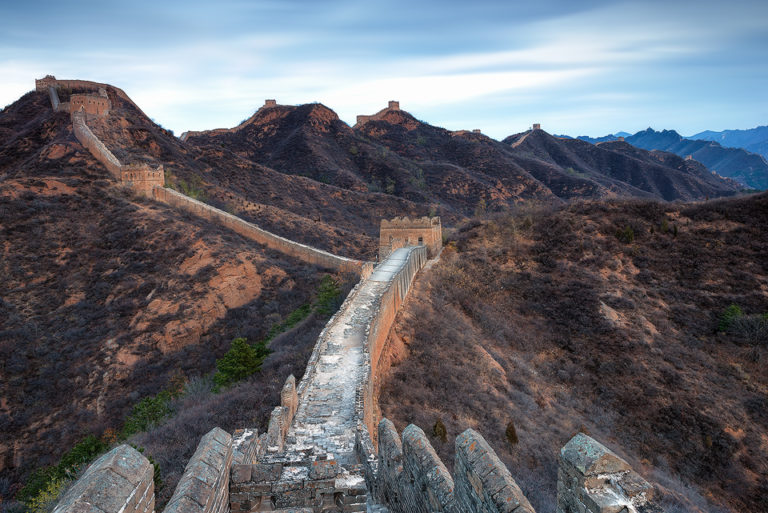 The Great Wall of China is the longest wall in the world.

Facts about the Great Wall:

For tourists, the wall is accessible in many sections as day trips from Beijing. The most famous ones are Badaling , Mutianyu and Simatai. But they all suffer from the most common problem in China: crowds. I remember visiting the Badaling section during a business trip in 2008 and seeing mostly the necks of the people in front of me. Therefore, we decided to visit another section, not touristic but really photogenic and beautiful: Jinshanling.
We hired an English speaking driver (Simon) that picked us at our hotel in Beijing and 2 hours later we were in the parking of the main entrance of Jinshanling. We got the cable car to the top of the wall. What a wonderful feeling and surprise to find it almost empty, with very few people hiking and taking snapshots. 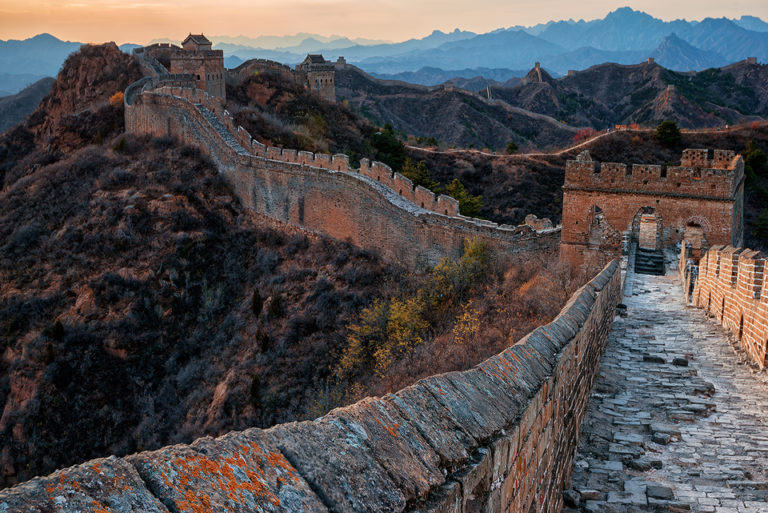 The Great Wall of China is one of the greatest sights in the world.


This section is a bit more demanding, with few steep areas and some stairs that are partly damage, so it requires at least an average physical shape to be able to enjoy it. We found some good spot and we settled our tripods, waiting for sunset.
It all looked promising, fairly clear, few clouds. But, slowly some mist raised above the distant horizon and the sun disappeared behind it. The color explosion we were expecting and mostly looking after never happened. We were happy for having it for ourselves and for the very nice pre-sunset light.
However, the view of the wall, zig-zagging on the mountains, until disappearing in the mist at horizon, was an amazing sight, that worth experiencing at least once in a life time.
A few moments later, the light started to fade and the cold to bite through our down jackets; so we decided to leave the wall. We still had to hike about 20 minutes using the flash lights. Luckily,  the path down is really easy and you can do it in dark with no problem. We returned to the hotel tired but really happy to experience one of the best sights in China, a modern wonder visible even from the low Earth orbit.

A panoramic view of the Great Wall of China and its surroundings.

The best seasons to visit it are spring and autumn. Winter can also be a good choice if you are comfortable with temperatures below zero. Summer is probably the worst season, as there are many people visiting this famous place. Also the weather is too hot and dry to hike. The best moment in a day is definitely early in the morning or late in the afternoon. Try to avoid periods with the Chinese public holidays and weekends.

That every year there is a marathon on the Great Wall of China? It is one of the world’s most challenging marathons and takes place on the third Saturday in May every year. The marathon features three distances: 42 km, 21 km and 8.5 km, the fun run and runs from Simatai to Jinshanling section. 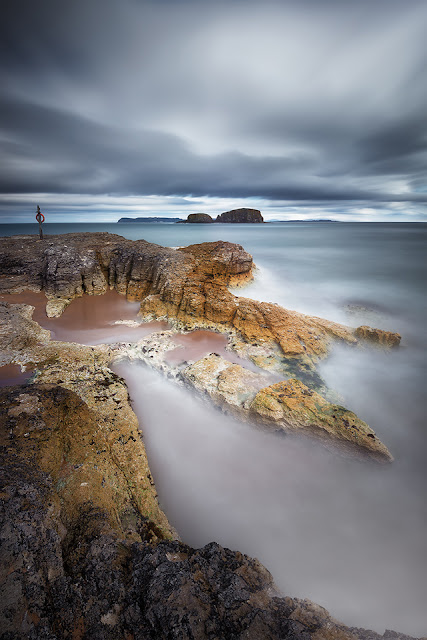