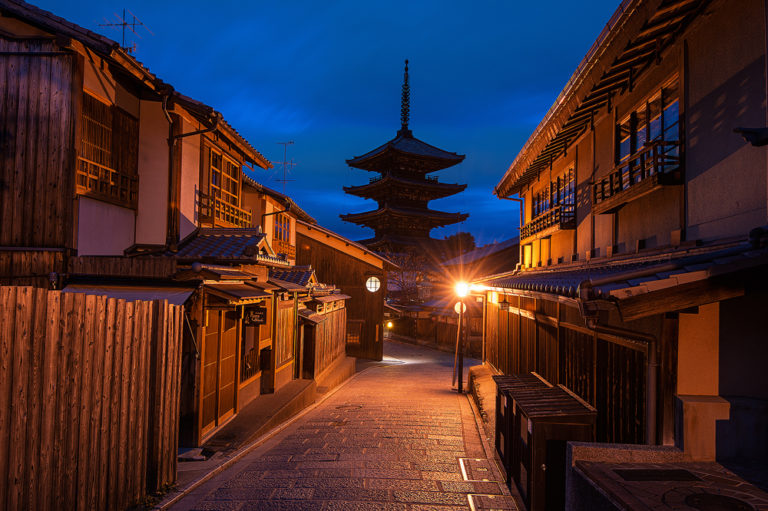 I am writing this post few weeks after coming back from a great trip in Japan. We experienced lots of visually amazing places, especially in Kyoto, a city full of history and spirituality, however it was extremely difficult to achieve the images that we were looking for.
Before the trip we did our share of scouting, unfortunately not as extensive as we wanted to; we had a quite clear idea of which should be the sunrise locations and which should be the sunset/blue hour locations. And few mid-day locations too. But things were not actually going as expected. We ended up shooting 3 early mornings, one sunset, one late evening (way after blue hour) and scheduling a day trip to Kobe for shooting its spectacular marina instead of fighting for a spot close to a temple at not so right moment of the day. But which were the reasons for not being able to fulfill our plan? 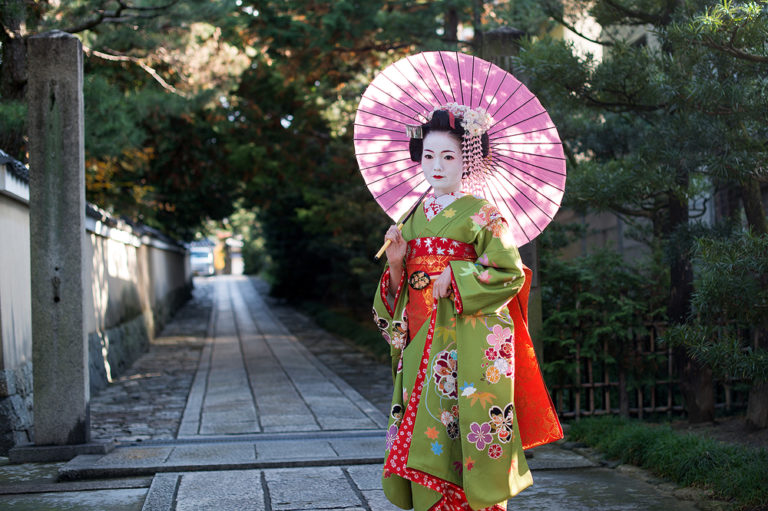 1. First of all most of the temples close at 16:00 or 16:30. This was 20 minutes before sunset and almost an hour before blue hour. We could have tried to force a shoot right after closing, with a security guide screaming at us to leave, but this is not really a productive type of photography. We decided of course to avoid this kind of locations or shoot during the day like in the case of Golden Temple (Kinkaku-ji). I am not blaming anybody here. We should have done our homework better and be aware of this scheduling issue and maybe pick up some alternate locations. 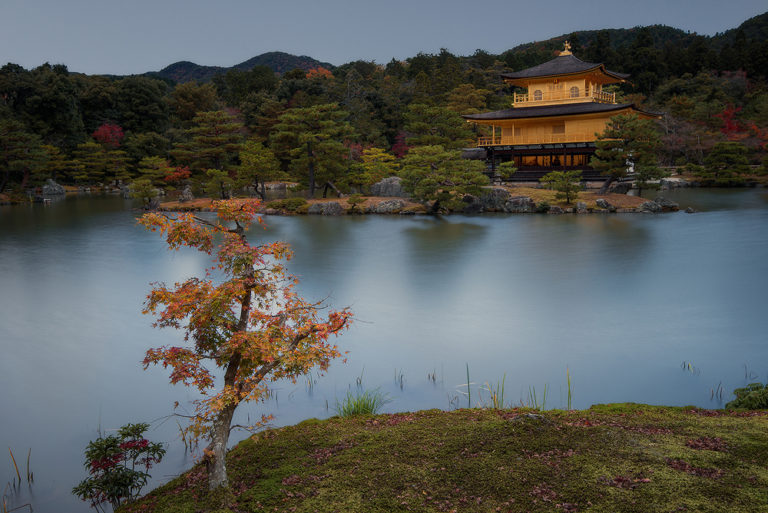 2. Tremendous amount of people. Obviously shooting in the middle of the day in one of the major attraction is most of the time not working. If you plan to include in your shots street, stairs or highly used gates, you might not only get tones of people in your shot, but you can also have someone bumping into your tripod and risking to have you camera knocked down. Using very long exposure might work in case of a moving flow of people, but some of them simply stay in the frame forever, very preoccupied to look well in their selfies.
Also, large group of people tend to take shots in all possible combination, each of them alone, in groups of two, three and so on, so if you are unlucky, some might happen in front of your camera for 5 minutes or more. And, especially, if the scene requires a wide lens, they will try everything possible, just to fit grandma and the castle/temple in the screen of their phone, no matter if it’s technically impossible. 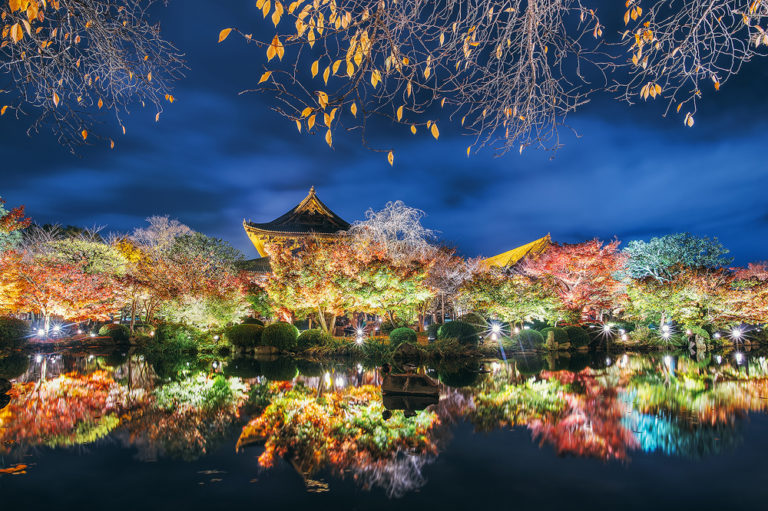 3. Security guards not permitting the use of tripods. We had some funny experience with those guys. They could barely speak any English, but they are on a mission. They come and yell something at you. After a moment of puzzlement in which the brain starts a language recognition process with no luck, you kind of get a feeling that it must be English and things get more clear. This had happened with a guy that came next to me and started yelling: “Nooo stttandd. Phottoo Okkk!”. It required him to point to my tripod to figure out what he means. Stand is tripod, ok? I thought you want me to sit. I was thinking of playing the angry Japanese and yell back at him “Stttandddd Okkkk!” while getting red faced and a vein on my forehead almost popping off. But since there was not something extremely spectacular to photograph I gave up. Like the saying “The smart one always gives up”
So what have we done to overcome all of those? We were just waking up before 5, grabbed a snack early in the morning and a coffee from the selling machine (big mistake, don’t do that, that sugary warm liquid with a vague hint of coffee will spoil your taste for coffee forever), took the earliest train/metro and be there as early as possible. Or took a taxi if no train/metro/bus goes close enough or early enough. That’s what we did in Kyoto 3 mornings in a row, shooting at Fujimi Inari, Gion and Arashiyama bamboo grove. 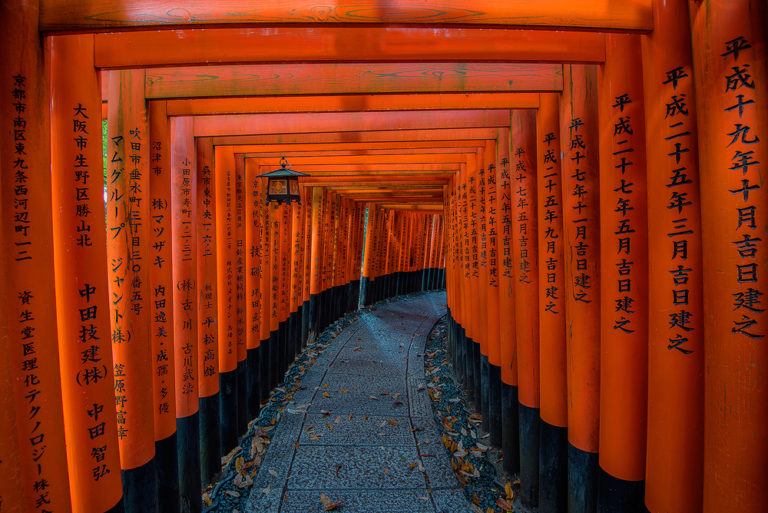 It went just fine with Fujimi Inari – took the first train from Kyoto station on Nara line (it helped that our hotel was located 5 minutes walking from the station) and we were there way before sunrise; we shot when the lights were on (although I personally liked more the shots from 15 minutes later with the lights turned off). There were few people, some early birds like us, some locals that wanted to enjoy the spirituality of the place in the morning and one annoying Asian girl that after asking if she can take a shot next to me just jumped right in front of my camera to take a phone selfie, right after I started a 30 seconds exposure.
Everything was perfect with Gion. There was a bit of misunderstanding with the taxi driver between Yasaka – jinja (the shrine one kilometer away) and Yasaka – dori (the street where we wanted to go), but all turned out fine after he got the right place. We have done the scouting the day before, we were at the exact place before morning blue hour, no other fellow shooter being there. Just few locals that greeted us with a “Konichiwa”. 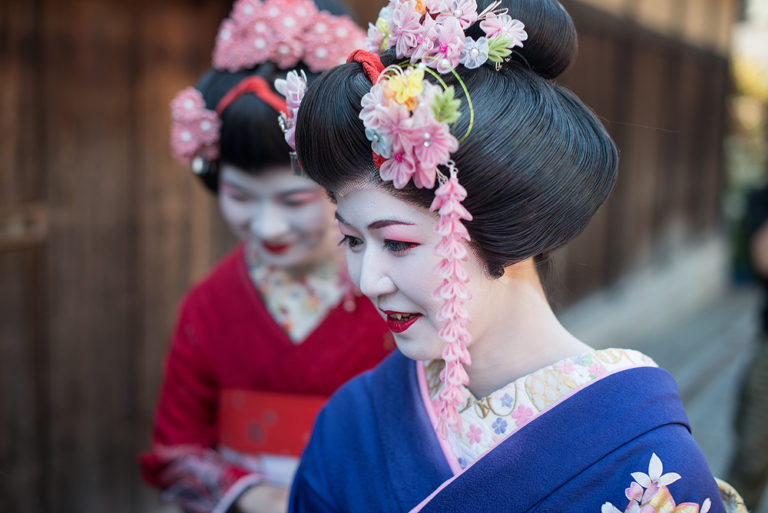 The bamboo grove on the other hand was almost a miss. We were there 3 days before, and we only found a small circular area, with nice lighting were a Japanese wedding shooting was taking place. However, we missed the famous path, photographed by million and million of people. So we arrived in the morning and the round area was behind a big lock; a group of Indonesian people (I think) came right after us, waiting calmly outside. We thought it will gonna be opened soon, so we decided to wait. But while waiting we googled on the phone, finding out that actually the place we were after was a different one, so we headed there as quick as possible. We could hardly managed to get few shots (not the exact scene we wanted to shoot, due to other photographers shooting from the end of the path with longer lens) before the group of Indonesians found the path as well and spread all over like they owned the place, screwing up everybody’s chance to photograph anything anymore. But we got some good shots at least so the morning was not totally wasted. 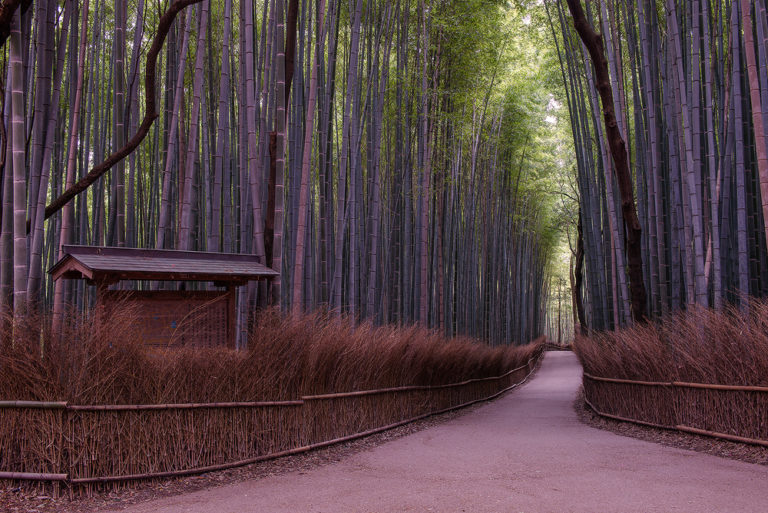