Japan - In the land of Fuji-san 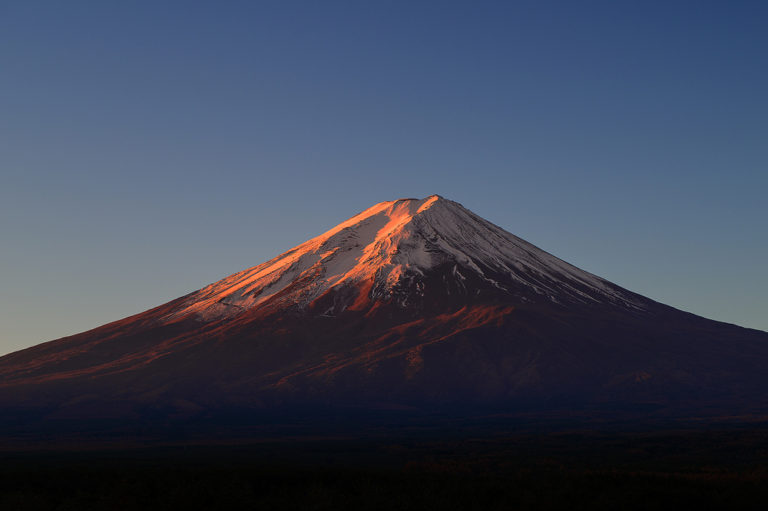 Mount Fuji, affectionately called Fuji-san is a symbol of Japan. It erupted last time in 1707-8 but is considered a still active volcano. It was a common subject in Japanese art, inspired many poets and painters and these days photographers too. It was added to the World Heritage List as a Cultural Site .
Actually our trip in Japan was centered around Fuji. The first hotel we book was the one in Kawaguchiko and the rest of hotels and plane tickets just followed up. We arrived in the area after 4 days in Tokyo and it was a well deserved break from the urban rush. We also got a hotel with a room much larger than all the other from the rest of the trip cumulated. And with a beautiful view of Fuji, so we spent the morning in balcony admiring and photographing the mountain. On the practical side, the hotel is called Regina Kawaguchiko. It’s located slightly outside the city but they provide a convenient shuttle service to and from Kawaguchiko station. However, if you are planning early shooting, this is not exactly the place to stay.
Our whole stay in the area was about getting good shots of Fuji. I had two images in mind: one with the mountain framed by the autumn foliage and another with the Chureito pagoda.Luckily, I got both of them and few others extra. 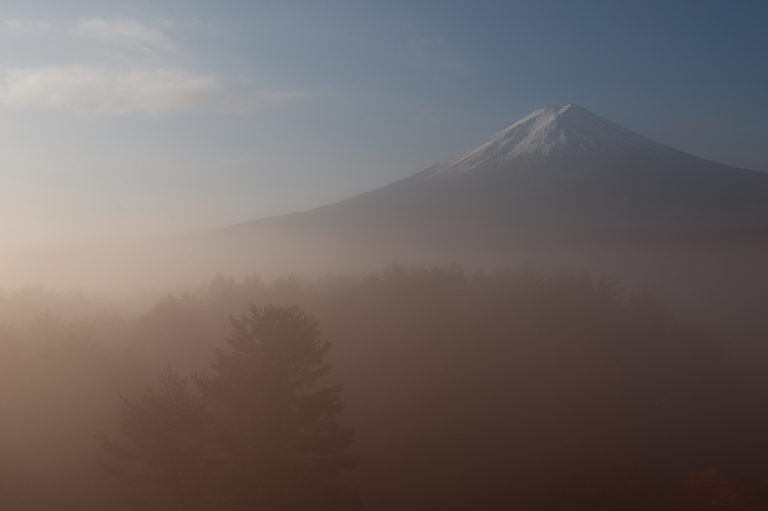 The Chureito pagoda was the first evening adventure. We went by taxi as it is about 5 kilometers away from the hotel and we wanted to be very early in the location. And it was a good idea as soon after we set our tripods, many people started to come. Soon the whole area was packed, with tripods standing way too close to each other for my liking. Everybody was waiting for a magical sunset, which unfortunately didn’t happen. A bit of orange in the sky but luckily Fuji was visible all the time. The way back was quite an adventure. It was dark and the taxi took a very complicated way, so we had to rely on Google maps to bring us back. And the way took us through a cemetery, few small streets, on the side of a highway and under a bridge, finally arriving to the hotel. 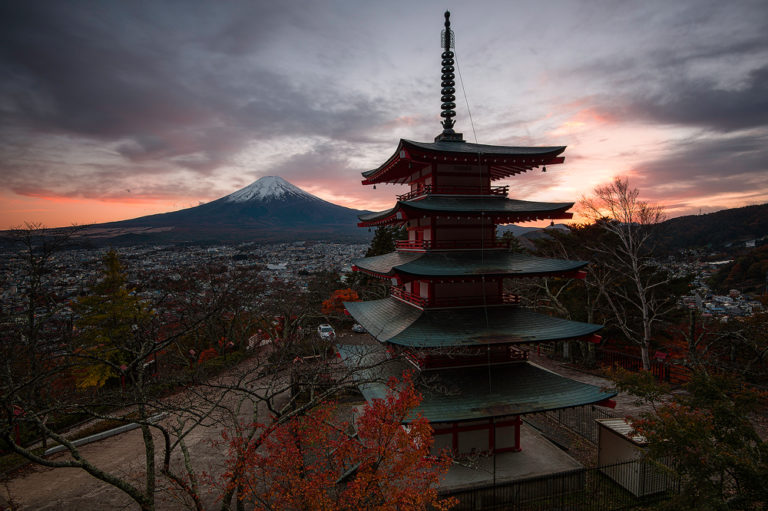 The next morning the sky was totally clear and we got a quite boring sunrise with some colour on Fuji but nothing on the sky. We put our cameras on tripods in the balcony and we waited patiently, but nothing spectacular happened. We got the two day pass on the hop-on buses, covering all 4 lakes in the areas (1500 JPY for 2 days) and we started to explore Kawaguchiko lake. It was a beautiful day, with clear sky, few white clouds and a total visibility to Fuji. Few good images followed with Fuji framed by red autumn leaves, few nice shots with an Indonesian couple, bride and groom, that came in Kawaguchiko for their post wedding photoshoot and with the pink boats laying unused on the beach. But in the afternoon, heavy clouds covered the horizon and Fuji-san was invisible, like not even being there. We waited in vain most of the afternoon and sunset to see it back, but it just appeared for few seconds couple of times, to be covered back in clouds afterwards. 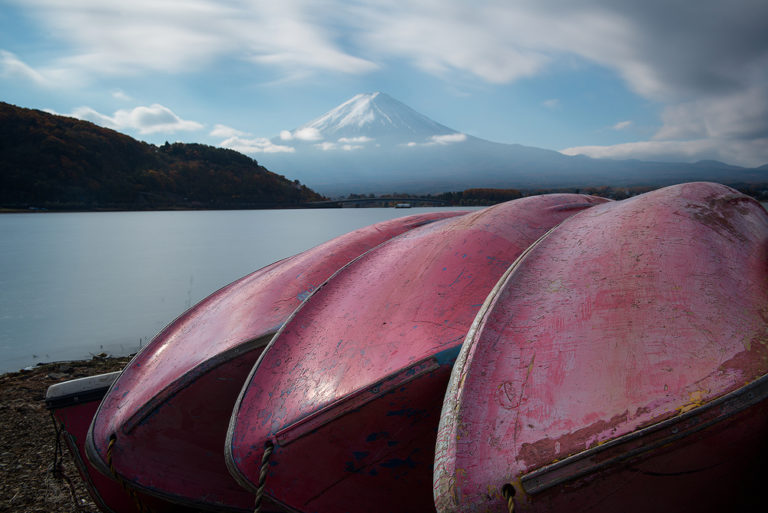 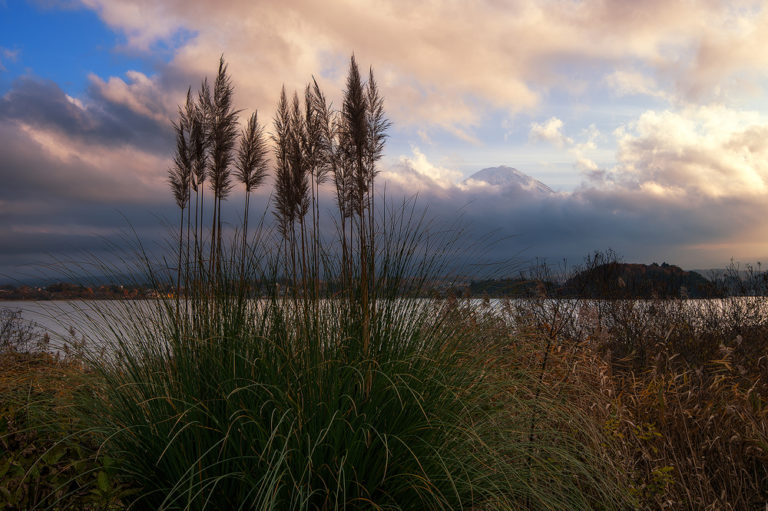 The second day, and last one, we decided to explore the less popular lakes Shojoko and Saiko. We shared a beautiful red maple tree with some older Japanese people, using it as a foreground for other shots with Fuji, we got a weird mono-directional conversation with an angry old man in a bus, who turned out that he needed badly to go to a toilet and got a pretty nice spot for sunset at lake Saiko. 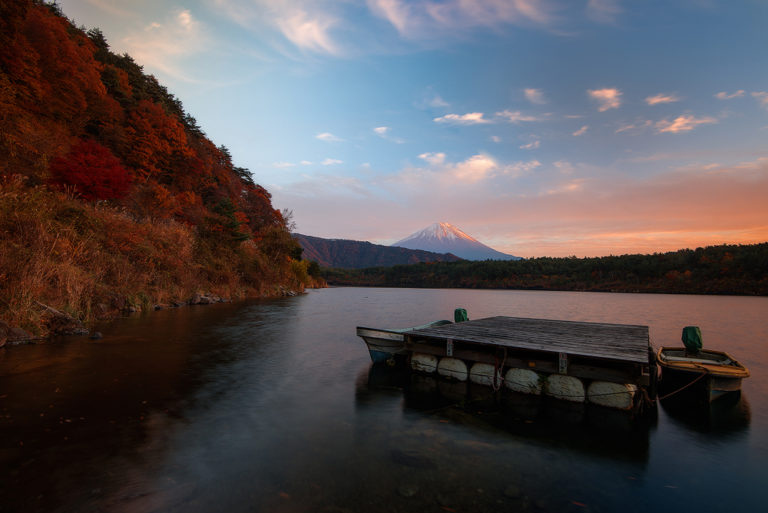 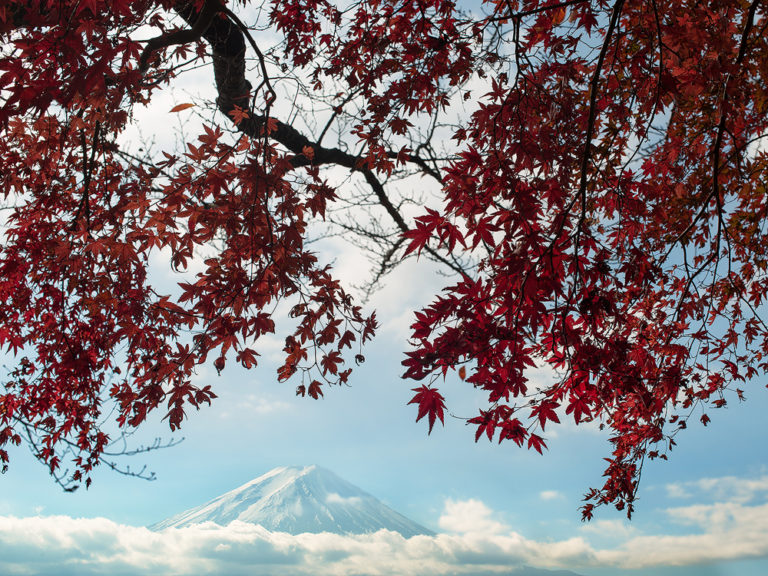 It was quite beautiful day, few good shots and a bit of stroll around the lakes. We ended it up in a quite popular Tempura restaurant enjoying the fried seafood and vegetables. The next morning we started the long trip to Osaka, involving a private train, a slow crowded train where we had to stand half of the way as we didn’t have time to reserve our seats and a Shinkasen. Our minds were still dreaming to the beauty of Fuji and the time when we will going to return in the area again. 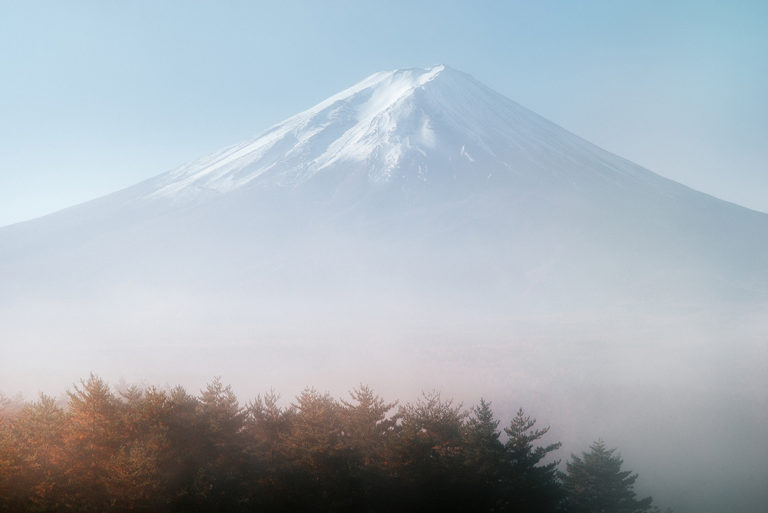