UK coastline - When the Head meets the Sisters 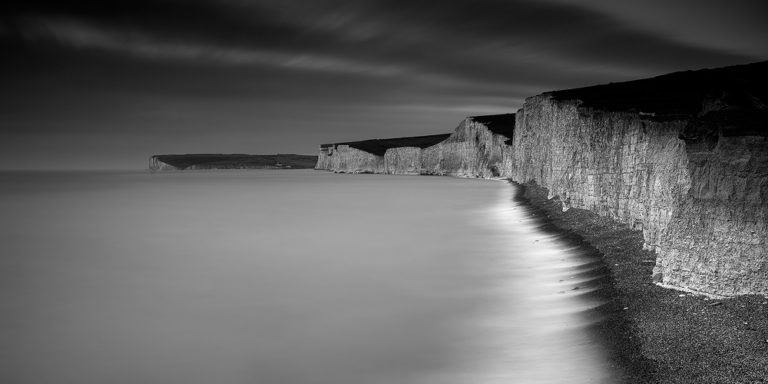 We start the day in Eastbourne, again with traditional English food, served by the owner and his (maybe) Russian wife. Today we plan a trip to Beachy Head and Seven Sisters. Beachy Head is the highest chalk cliff in UK and a renewed place for suicides. There are two lighthouses there: one on the next hill,the older one, called Belle Tout, was built in 1834 but was moved recently to prevent being damaged by erosion.

The second one, a 43 m colossus was operational in 1902, being build to compensate for the lack of light given by Belle Tout in very foggy weather. Up there, its very windy, making impossible to keep the camera still on the tripod for a few minutes. We take couple of shots, mostly from a slope that is a bit protected from the wind and we head to Seven Sisters. 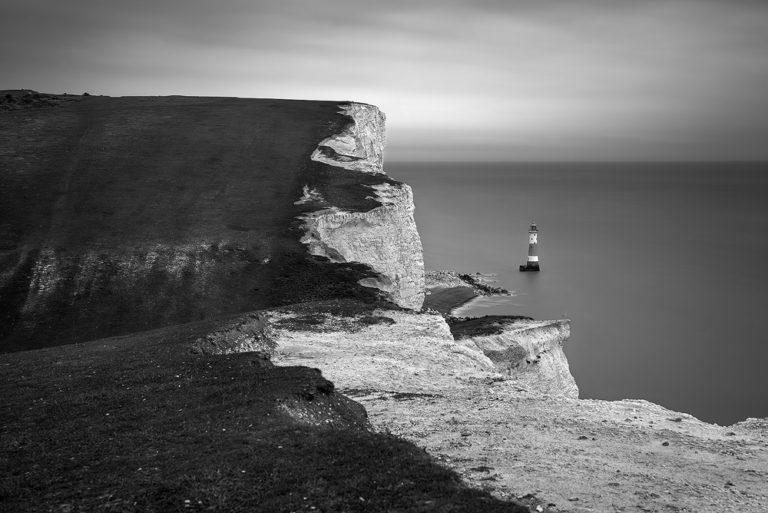 Seven Sisters, now a natural park, consist of a series of chalk cliffs, having a very bright colour. They are used in movies as an alternative for the White Cliffs of Dover. We go up and down, on the hills for many kilometers, until we reach the mouth of Cuckmere river. Unfortunately the only way to pass the river is a bridge, located couple of kilometers upstream so we have to walk this extra distance. We want to shoot the famous coastguard cottages, but this mean getting back to Cuckmere moth, this time on the other side, from Seaford Head. 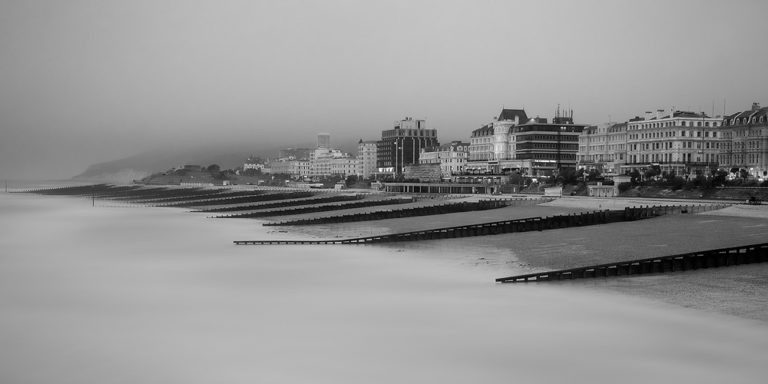 The area is full of rabbits, running around and hiding in small bushes and cracks in the ground. Never seen so many  rabbits in my life. They are thousands and they seem to cohabitate well with the flocks of sheep. We are getting very tired , but we finally reach the coastal huts and we took the classical shot from there; this view is also present in one of Windows 7 themes. 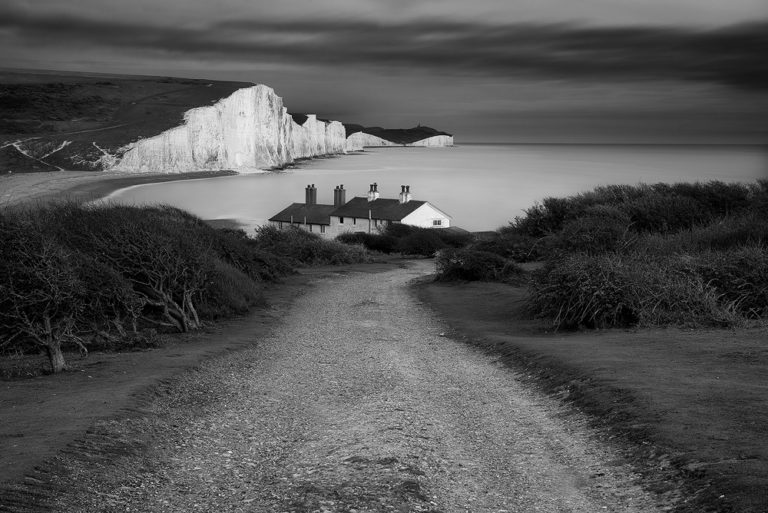 We find our way to a bus station in Seaford and we are patiently waiting for the bus. Back to Eastbourne, we have nice dinner in an Italian restaurant. All the people are dressed for Friday evening, including some birthday dinner table next to us; we are in hiking clothes, dusty and tired, but we enjoyed the food and the beer as much as them.  We call it a day, counting that we walked over 20km. 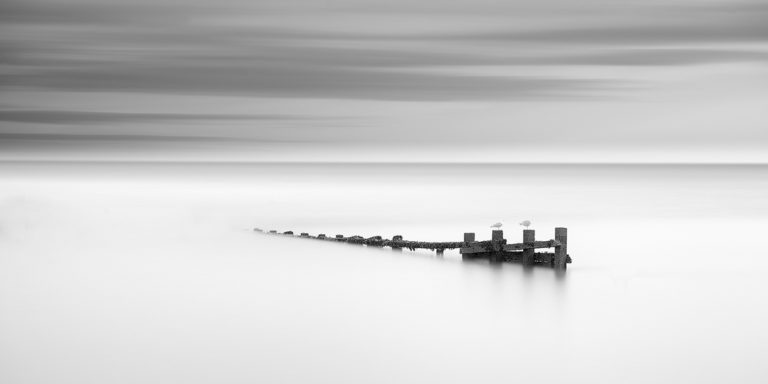 Next day, we plan a bit less walk: Hastings and Bexhill. The weather is nice, sunny, blue sky with some small white clouds. Hastings is not spectacular but it has its own interesting places, like the old fishing harbor. The fisherman are just back from their work and they are parking the boats and moving the capture. Some fish and crabs are lost in the process and the seagulls are extremely happy. There are tones of gulls, greedily eating the fish left overs. 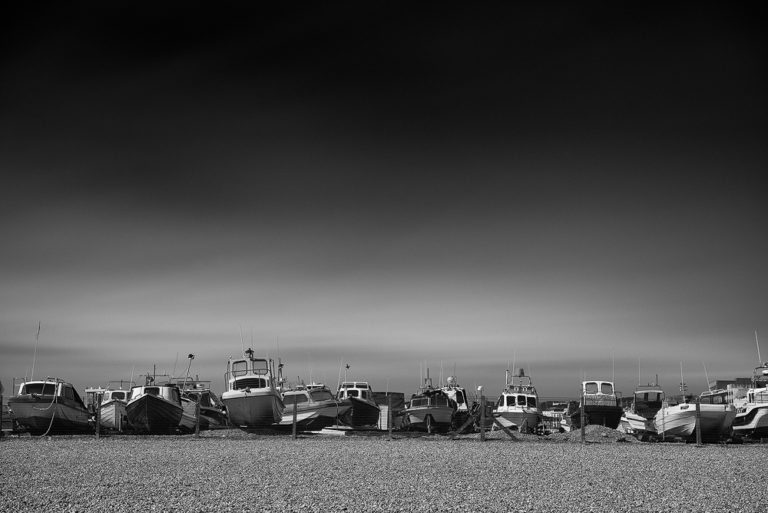 We have lunch in Hastings and a bit later we head to Bexhill. This small city has some special charm with those holiday houses so close to the sea and the blue-white bathing huts. The beach is also full of pebbles, but local people seem to not mind the lack of sand. Its relaxing here; the weather is beautiful and we enjoyed an ice-cream while watching the sea. Its last day of our holiday before the return day, and we are a bit sad. Back to Eastbourne, we have to pack for the return trip to Copenhagen. 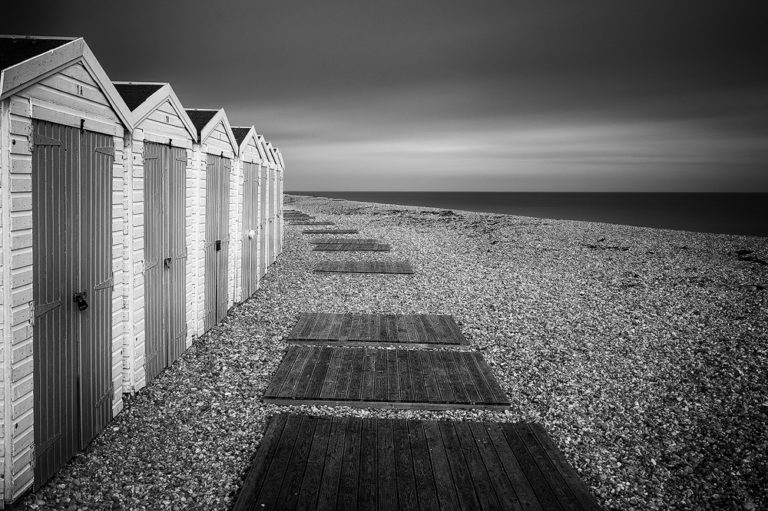 Last day, we have a 3 hours train ride plus the flight back home. In the train, we get next to a family West Ham fans, going to the match as a birthday gift for one of the boys. They were not very happy at the end of the day as West Ham lost to Liverpool. London Victoria is a very crowded station and we don’t have enough time to go out in the city, hence we have the lunch and we take a buss to Heathrow. A wonderful trip is gone. 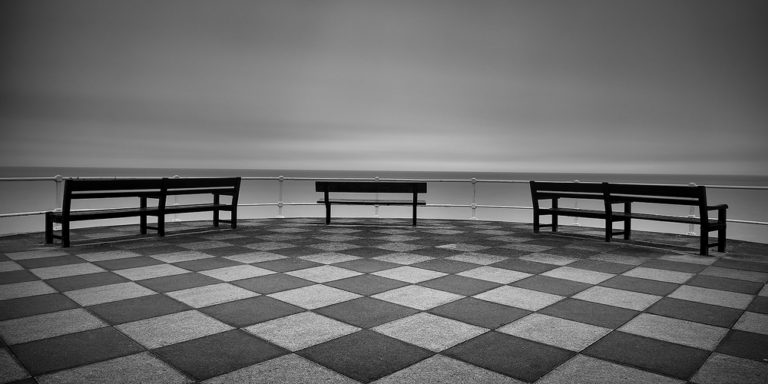 We have a couple of beautiful images and so many great memories. Despite of sometimes bad weather, the UK coastline is charming and refreshing. It is the first time when we tried this kind of holiday, moving from one place to another, trying to see smaller places rather then capitals and main cities. But I feel it went out very well and the tens of hours we planned for scouting photographic locations, public transportation and places to eat really worth in the end. 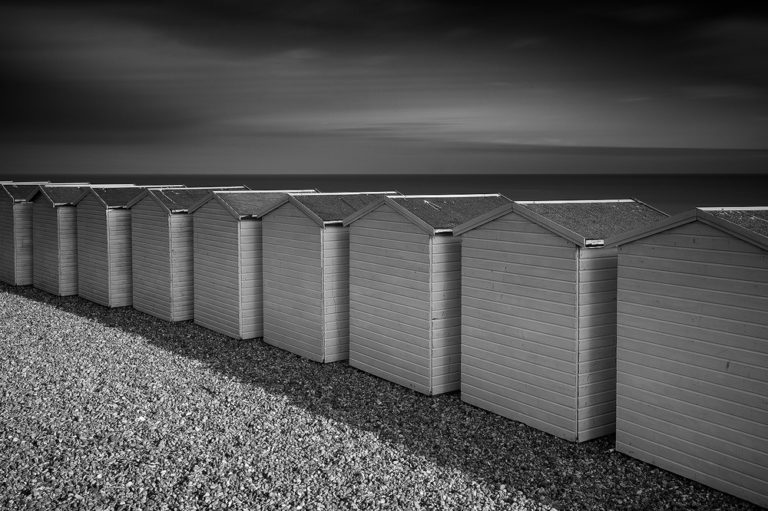