UK coastline - What a dedication! 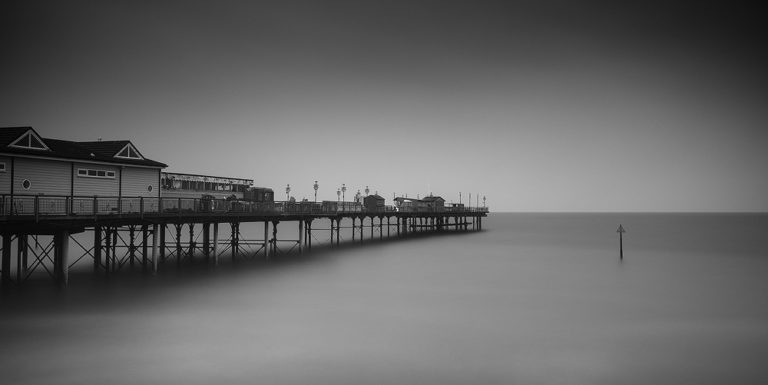 We started the day early in Torquay: another portion of bacon and eggs. Its 6:30 and its only us and some construction workers in the hotel restaurant. Its raining outside. Not heavy rain, but dense and depressing. Today we have planed to go to Teignmouth and we need to be there early to catch the high tide. The rain might make the trip a bit less fun. But lets hope it will be over in couple of hours or at least we can find a break in it. With our stomachs full, we take the train to Teignmouth. Due to some repair works, the train is not running directly, but a replacement bus is taken at Newton Abbot. So, instead of half an hour by train, the trip gets over an hour long. Thats how it is. We arrive in Teigmouth. 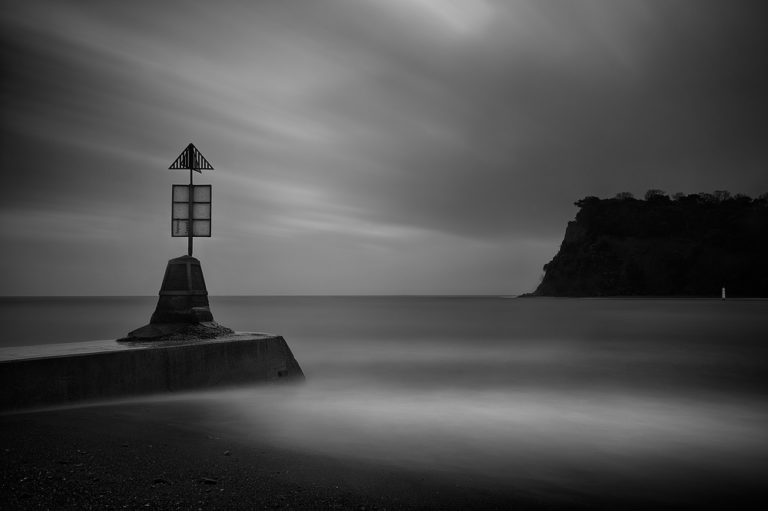 It is still raining while we quickly head to the sea front. There is almost nobody there: very few people walking their dogs and couple of workers , doing some repairs around the pier. We mount the camera on a tripod, to shoot the pier. The rain is multiplied by the drops sprayed from the sea. Without umbrella, the front of the lens gets wet in a second.

While putting the filters on, I get a wave splashing on the concrete promenade and wetting my feet under the knee.Damn, I’ll stay wet for quite some time, I am thinking, but 5 minutes later, I can feel my pants re dry. The Fjällräven outdoor equipment is worth its price. A guy is passing by and is joking to us: “what a dedication!”. Indeed! We came there to do some shooting and this is what we are doing! The rain seem to slow down a bit, so we keep shooting the pier. 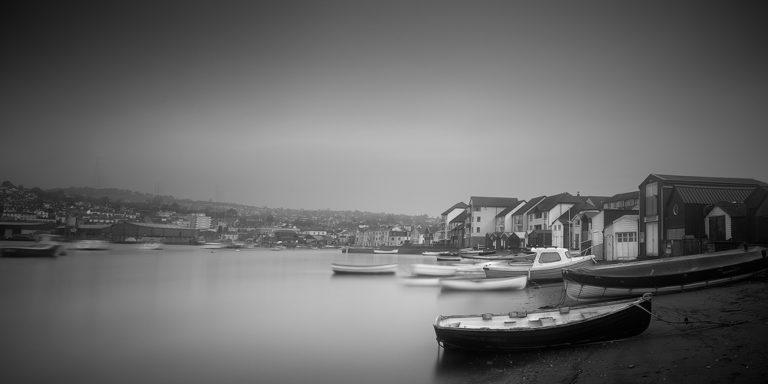 After that we move to the mouth of the river Teign, and the small calm bay where fishermen boats are anchored. The rain is almost finished and more people are appearing, playing with their dogs. The tide starts to lower as well. We get some more shots before deciding we are done here. We get some tasty mexican food pretty nicely served at “The Beachcomber Cafe”. All the others people are having eggs, fries, bacon and peas while we have the most exotic food in menu: fajitas; but we are tired of eggs. 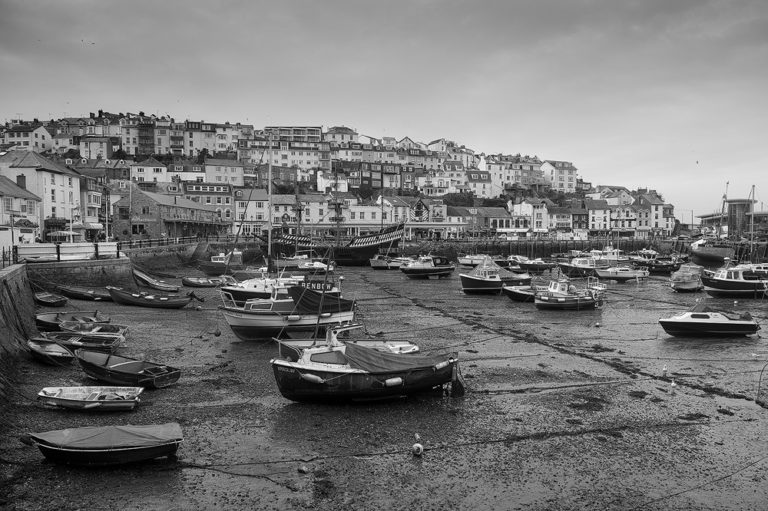 After a very good lunch we continue the day with a long bus trip to Brixham, where we plan to hike to Berry Head. The bus runs slowly and stop often. Its warm inside and we get very sleepy. It took almost 2 hours to get from Teignmouth to Brixham, although there are less then 20 miles on a straight route. In the end, we arrived in Brixham, with a clear target in mind: Berry head, via harbor and Shoalstone Outdoor Pool.

The harbor looks very strange, totally devoid of water with bots sitting directly on the dry mud. Beautiful colored houses are built on a hill, on the other side, so we made a mental note that this might look nicer when we are back. 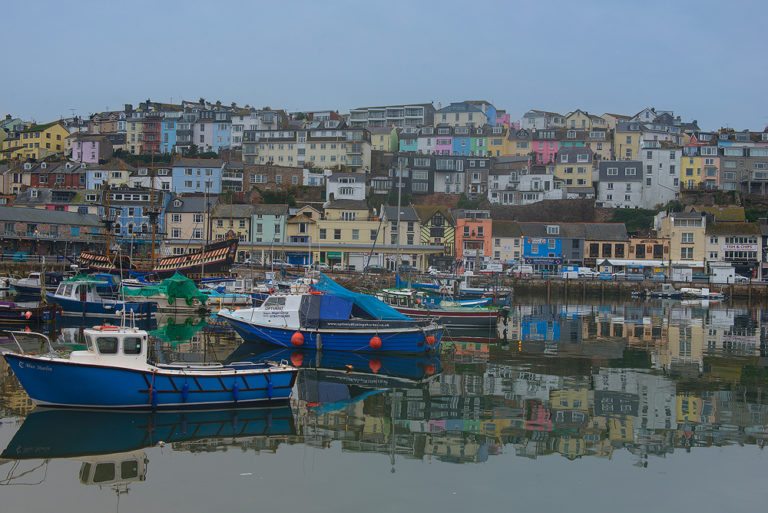 The Shoalstone Outdoor Pool look very desolated, in real decay. They are closed, with sign of danger all over the surrounding fences. It was really surprising to see the website mentioning they are fantastic facilities with more then a hundred years of history. Maybe in the summer they will look better. The tide was really low both ways when we passed by, so the only interesting part was a seal popping up his head and starring at us for a minute. The Berry Head is quite nice place on the top of the hill.

We reach there after a very easy hike and we spent some time shooting the fortification walls and the beautiful view of the coastline. Some people are fishing at the base of the fortification. Other people are doing this hike regularly with their dogs. We have to go as it will get dark pretty soon. On the way back to Brixham, there was some water in the harbor so we manage to get a totally different view of the colorful houses. Back in Torquay we ended the day in the hotel bar, watching the images on the  iPad. 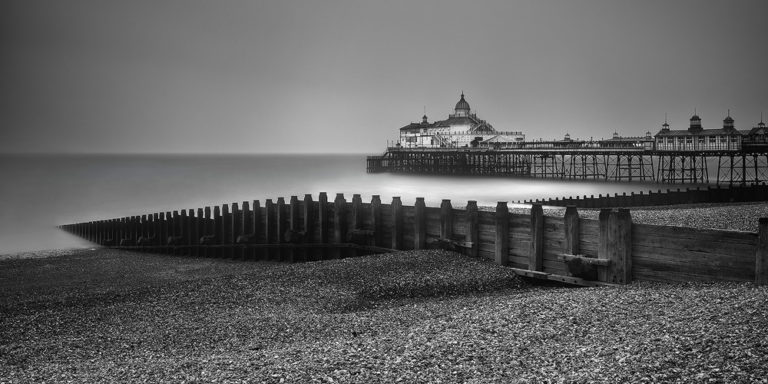 Next day, we leave the English riviera in a similar weather as we had most of the time: pouring rain. The receptionist is joking that Torquay was not very welcoming these days. We leave early as we have an almost 7 hours trip ahead of us, involving 3 trains and a bus. Its a boring ride but we killed the time doing some gaming on our iPads. We are a bit upset of the time spent on English Riviera as we feel we haven’t managed to capture its beauty properly due to the weather. Maybe some other time, who knows.

We arrive in Eastbourne later in the afternoon and we check in at the hotel. At a first glance it looks nice and welcoming , with old furniture and some character. However, during the next days we figured out that is more like a rotten apple: everything is dated, the furniture pieces doe not really belong together, looking like being bought from different places and periods. The blankets and dirty and dusty, while the walls are full of holes and scratches. But we are not here to stay in the hotel so we quickly went to the beach which is close to the hotel. 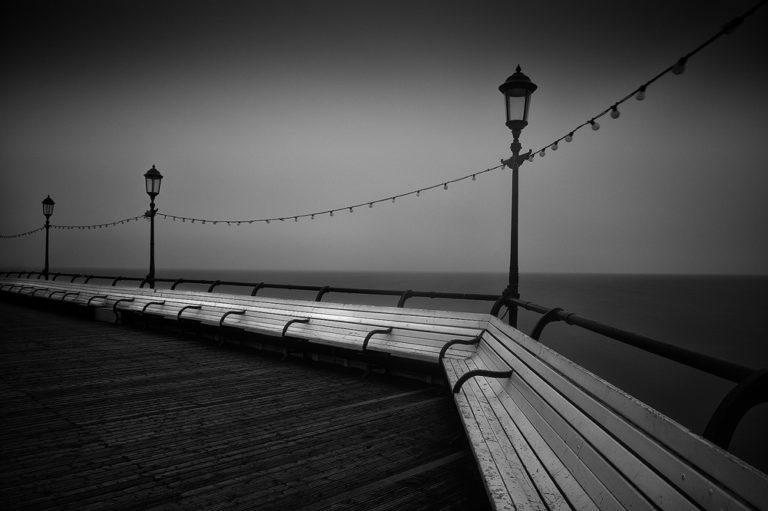 The evening is rather cold, with a dull grey sky and quite heavy blowing wind. Shooting on the pier is quite painful in this strong wind that makes your face freezing in a minute. The beach is made of pebbles, just like the one in Brighton and the tide made some irregular hills pretty difficult to climb.  We were back to the room early as we need to prepare for the next day: we plan a hiking trip to Beachy Head and Seven Sisters.
Beachy Head black and white Eastbourne English riviera landscape photography long exposure seascape Seven Sisters Torquay Travel UK UK coastline waterscape