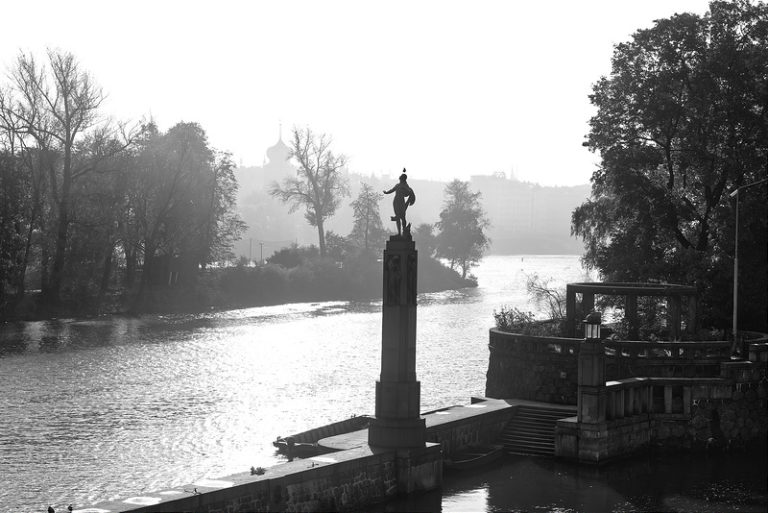 Recently I heard about a new tool for Black and White conversion called Tonality Pro. It is on of the interesting product produced by the guys from MacPhun and it addresses only to Mac users. Tonality Pro can be downloaded and tried for free for 15 days. I will write this informal review having as a reference Nik Silver Efex Pro which is what I currently use for my black and white work all time. As Nik Silver Efex is generally recognised as a market standard and a product of high quality and maturity in the world of photography plugins, I must admit that the bar is very high for any competitor.

Tonality Pro comes as standalone application or as plugin for Photoshop CC/Lightroom/Elements/Aperture. I am going to test it only as plugin for Photoshop as my workflow is entirely in CC, so going out in an external application and importing image back to CC does not really make sense for me.The first think I must say is that it is a bit slow. Both lunching it and applying some preset to the image seems to take a bit more then other plugins on my Mac Book Pro. The interface is looking very good and intuitive with presets at the bottom, controls in the right and a bunch of quick access tools at the top of the screen. Presets can be toggled on/off to allow a much larger view of the image. One funny thing is that the presets are shown in landscape format, even if the image is a portrait, but thats just a minor issue that doesn’t bother me too much. There are quite a lot of presets, so everybody can find something interesting and useful and start from there doing his/her conversion. They are grouped based on  type of image (Street, Architecture, Outside) or by type of effect they want to achieve (Vintage, HDR, Film Emulation).

Tonality pro offers layers. You can easily stack up various adjustments, with different opacity and even more, you can mask in/out various parts of the image using the brush mode. If this is vary handy for standalone mode of Tonality Pro or for the Lightroom/Aperture plugin; even for a user of Tonality Pro from Photoshop it can be very helpful because as you can stack up multiple presets directly in Tonality Pro without having to go in and out of it multiple times and then have to use Photoshop masks to combine effects. One very cool feature is the fact that a layer can be applied either on top of the previous layer or on top of the original image. Of course applying a layer on top of original image with full opacity will ignore the effect of previous layer. 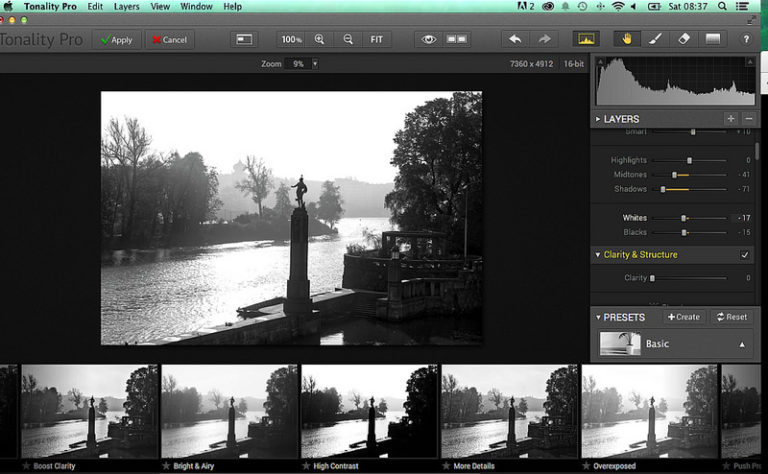 The plugin controls offers pretty much the standard functionality of a B&W conversion tool plus some creative effects that are usually found in different plugins for other vendors:
In the end, I must list a few observations and conclusion based on the quick review that I did: