January 02, 2014
The end of year wrap-up continues with part 2. Lots of images that are so close to my heart that it was so difficult to decide between them. 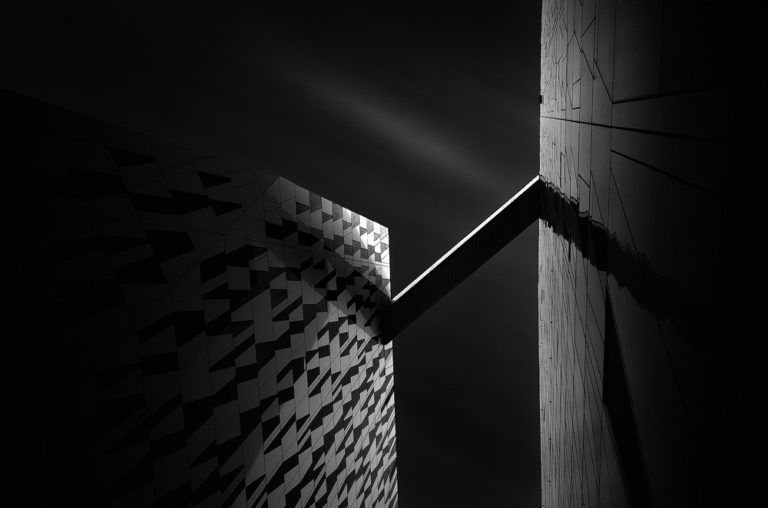 Finally a good image with Bella Sky Hotel. Taken in May, in a day with some crazy clouds, it turned out pretty well after post-processing. I often left the hotel with frustration as not being able to capture it as I wanted, but this time, the weather and light really teamed up with the beautiful architecture to create an image that I like a lot. Bella Sky is one of the finest pieces of architecture in Denmark: the largest hotel in Scandinavia, offering 814 rooms and a mind puzzling modern design by my favourite architecture firm in Denmark: 3XN. At some point I was planning to make a series featuring this building, but now I have the impression that I already captured its soul, so not sure I will have the energy to work at 3-4 more images with Bella Sky hotel. But you can never know. 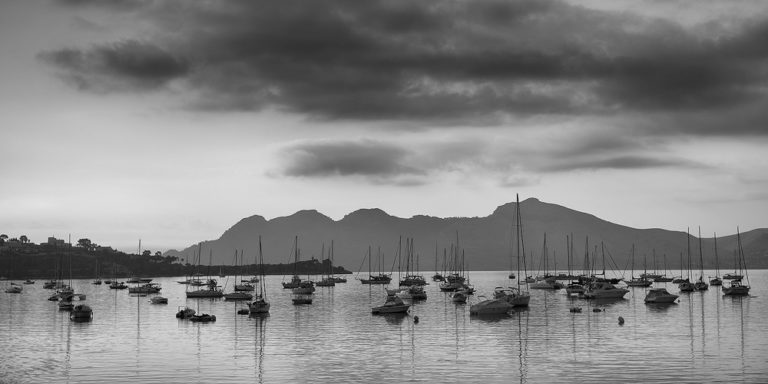 In August we spent a lovely relaxing 2 weeks holiday in Mallorca. It was hot and sunny, maybe a bit too hot, but very relaxing. Good food, nice drinks, lots of beach time but unfortunately a bit too little photography, for various reasons. This image is exactly what could be seen from our hotel in Puerto de Pollenca: calm water, misty mountains of Formentor in the horizon and some boats. A feeling of peaceful and relaxing life in a beautiful place. 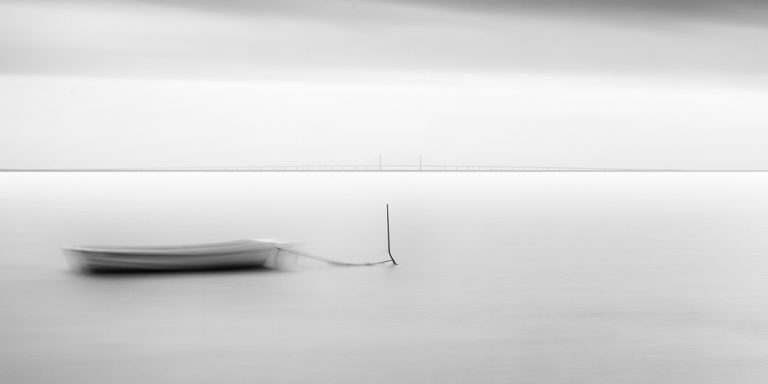 Ghost boat is an important moment in our landscape photography: we decided to put together some new images and old images into a series called “White sea”, an ode to the beauty of the sea. This image in particular has been shot in a cloudy and rainy afternoon in Bjarred, Sweden and has quite funny story. It was pretty unlucky shooting trip on the other side of Ørsund bridge: the rain just started when we arrived to Bjarred so wehad to stay 10-15 minutes in the bus station, waiting for it to calm down. Then we walked the short distance to the sea and we shot this image: a lovely small fisherman boat, anchored by a small pole and having the Øresund bridge in its background. A real minimal composition as I like it. We continue to walk along the beach , looking for more visual stories. One shot later, the camera stopped in the middle of a 4 minutes exposure. The battery was totally drained. My planning was awful, I totally forgot to charge the battery when coming back from Mallorca so it was a trip with much more time spent in train and bus then in front of the camera. 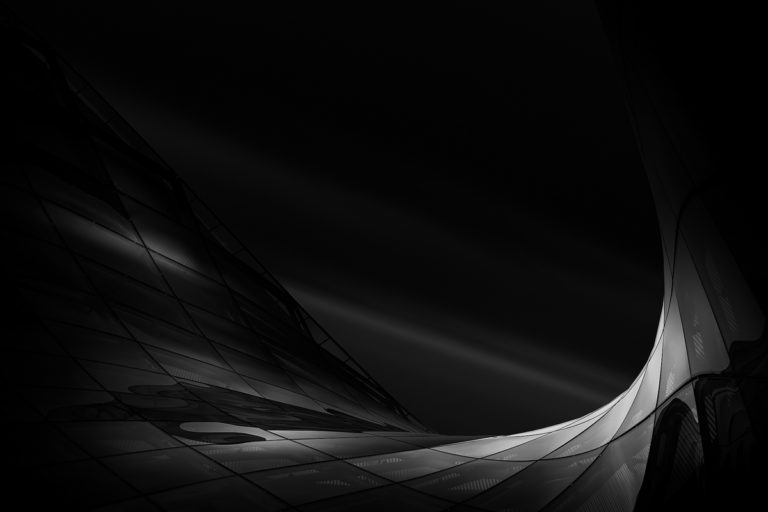 That’s true: a  second image for September. This time an architecture shot displaying Hyllie Shopping Center, a bit outside Malmo. This is an interesting building, with lot of glass in a very dreamy shape, reflecting the light in so many different ways. Modern architecture at its best. We visited quite a lot this place in the end of 2013 as that’s were we took the bus so many times to go to the coastline. This is as well the place were we had so many late lunches or dinners after exhausting shooting session on Swedish beaches. 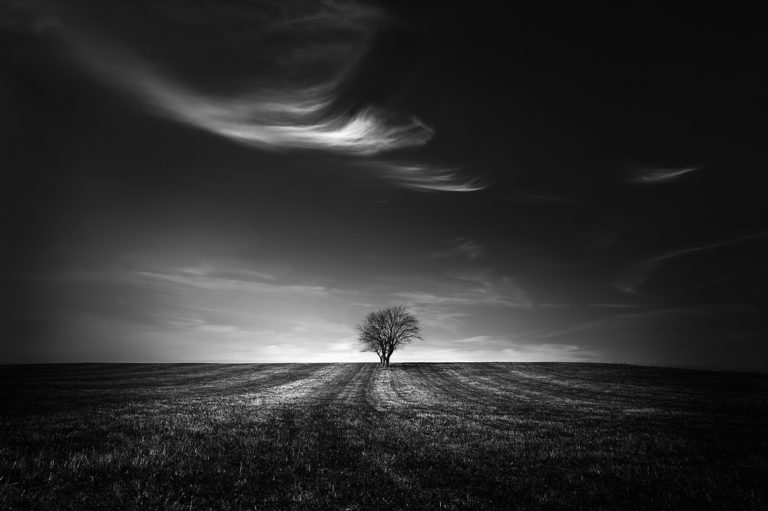 Another minimalist work: a lone tree on a field in south Sweden. The tree was not there: it was added in Photoshop, to complete a scene that was missing somethings: the lines in the freshly cut grass leading to nowhere, the interesting shaped clouds pointing to nothing. The tree is also from Sweden, 1 km away from the place this images was shot. So Swedish field plus Swedish tree = lovely Swedish landscape. 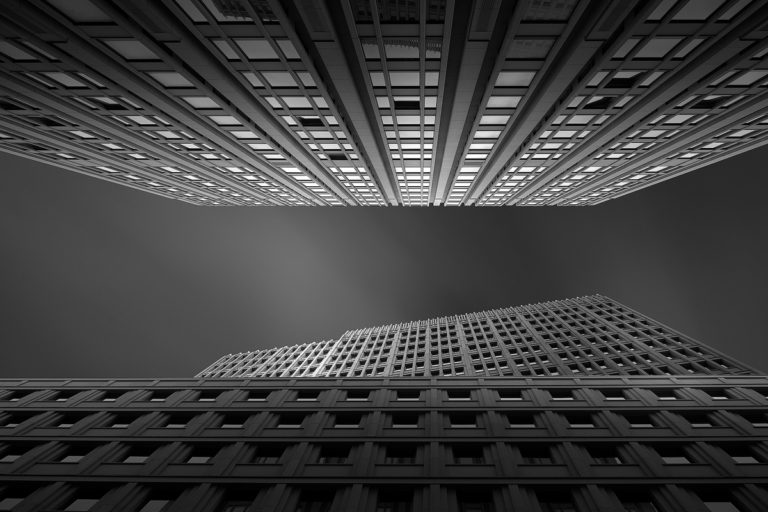 End of October we have visited Berlin to shoot its beautiful architecture. Classical or modern buildings, lots of history, the confluence of Western and Eastern Europe, make Berlin so much appreciated by the tourist and photographers. With a clear list of subjects in mind (or actually on Ipad) we didn’t spent to much time enjoying the history, but we focused on the architecture. And the next month we spent a lot of time post processing the images from Berlin. “Tribute” is one of my favourite ones: the two Art Deco buildings, facing each other in Postdamer Platz.  A tribute to the American Art Deco, looking so  much alike New York’s Rockefeller Center. maybe not that tall and maybe not that well known, but Beisheim Center in Berlin really worth a fine art architecture shot. 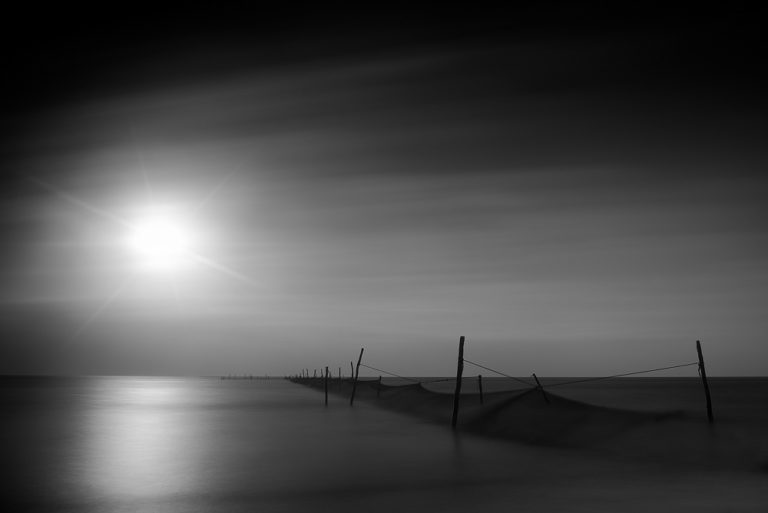 We closed this year with a shooting trip at Korsør. A very nice place, west of Sjæalland, where the bridge that connects the capital island with Fyn starts. I wrote about this shooting trip some time ago, it was full of events due to not so friendly weather, but couple of images went up pretty well, this one included. The trip purpose was to shoot the Great Belt bridge, but the most interesting stuff there were these fisherman nets. A dark minimalist look, the intriguing movements of the fisherman nets hanged on the poles and a strong sun, not so strong to make our ears warmer but powerful enough to fill our souls with hopes for the new year.
2013 photography review black and white landscape photography long exposure seascape Travel waterscapes